THE TRIUMPH OF DEATH 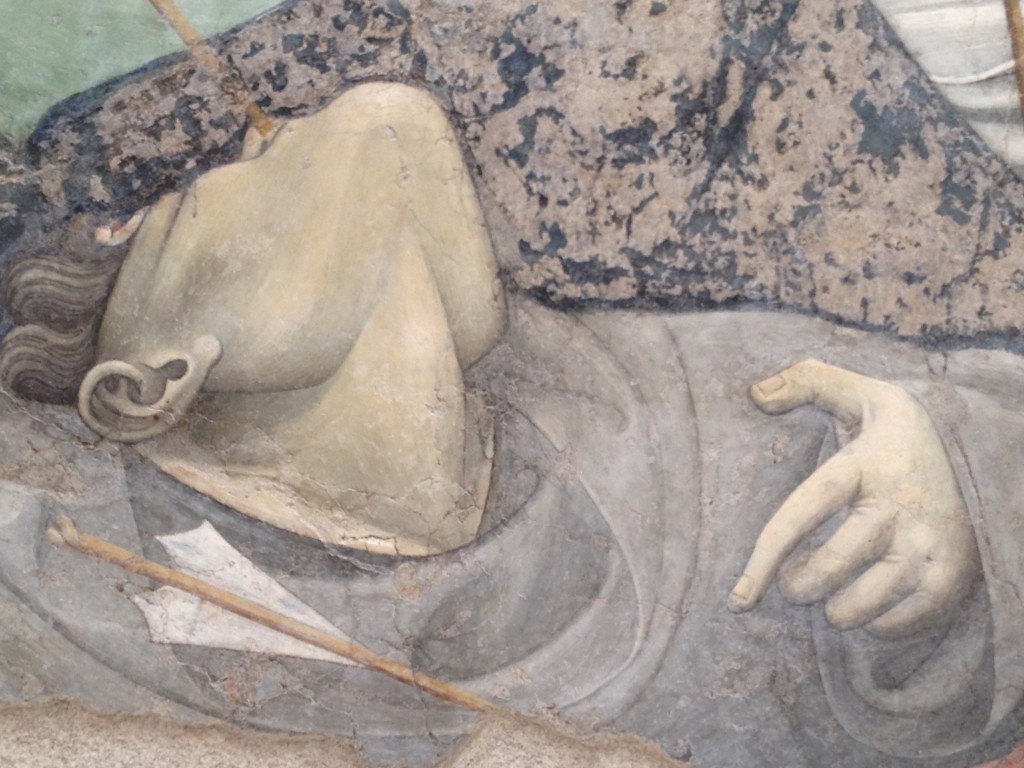 The great fresco was originally in the courtyard of Palazzo Sclafani. Palazzo Sclafani was built in 1330 to excel the luxurious splendour of the mansion of Manfredi Chiaromonte brother-in-law of the powerful feudal lord Matteo Sclafani Conte di Adernò.

The Trionfo was probably commissioned afterwards perhaps by noblemen from Aragona that bought the palace after the Sclafani family went bankrupt. In 1435 the palace became a hospital. The Triumph of Death, by an unknown author, was taken from Palazzo Sclafani in 1944 installed at Palazzo Abatellis in Palermo. For reasons of history and style, it is assumed that the fresco was made around 1440-1450, shortly after the founding of the Hospital. Despite the numerous identifications proposed, its author remains unknown, according to a legend that would be a foreigner, healed from a serious illness, would have made the work as a token of thanks. Certainly the artist makes an exhibition of figurative art that take inspiration from the late Gothic, but with references to several models.

The scene, seemingly unreal is clear: Death riding a skeletal horse breaks into a garden, hurling his darts on noble maidens and young revellers. It is possible to recognise the bishops, the pope, an emperor, a sultan, and a man of law. In the background are on the right a fountain, interpreted as a symbol of life and grace, and on the left a man with two dogs, possibly referring to San Vito, holy healer characterized precisely by a couple of dogs.